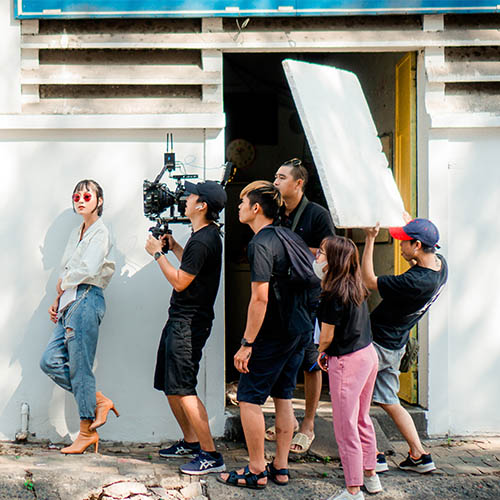 Not all videos are created equally.

If you’re like me, you like working with the best of the best, especially when it comes to your company. That’s why we felt the need to compile a list of some of the best video production companies and New Jersey.

To give you some context, I am a filmmaker and storyteller by nature. I have been in the industry for 10+ years and have worked in a variety of roles. Video production is a powerful tool when it is done correctly, I developed this list of reputable companies to work with.

The best video production companies in New Jersey are split up into categories:

Guide to the Best Video Production Companies in New Jersey:

Our approach is to develop authentic strategy and solutions to connect businesses to their audience using compelling, creative, and story-driven video creation. We work with any industry, from nonprofits, healthcare, education, etc. We produce everything from commercial, corporate, culture, narrative, explainer, and social videos.  If you are looking for a company to help you grow check us out!

Sinema films is committed to help advertising teams and brands to achieve their goals with a 360 degree marketing plan. Sinema films is one of many video production companies in New York, Sinema films has climbed the ranks offering many other services. Reach out to Sinema films.

A24 is an American independent entertainment company, they specialize in film distribution, and film and television production. A24 quickly became one of the best video production companies in New Jersey.

Focus Features is a film production and distribution company, owned by Comcast through Universal Pictures. Focus Features distributes independent and foreign films in the United States and internationally.

CBR Studios is a small studio space just outside of NYC that specializes in music video production. They have worked with artists such as Fetty Wap and more. It is a great resource and space for video production companies in New York.

Samson Stages, located in Brooklyn has over 17,000 square feet of full-service sound stages, studios, on-site G&E rentals, and a myriad of additional modern amenities, Samson Stages has everything you need for your video production, film, television show, commercial, music video or any other media project.

Located in Brooklyn, with easy access, amenities, and loading docks, Gotham Stages is a fully equipped film production facility. Some of the best video companies in New York have graced this studio with interesting projects.

Be Electric Studios was started in 2014 by a small group of Bushwick based photographers and filmmakers, and was built in the DIY spirit of the NYC video production community. They offer 10 studio spaces that can be rented out.

Manhattan Center is located centrally in Manhattan right near Penn Station offering numerous event and live studio spaces that can be rented out. Spaces are customized for live broadcast video production or live streaming.

How to reach out?

Since video production work is generally a collaborative process, make sure you are reaching out in the right way. Many companies above have contact forms or a preferred way to get in touch.

Using this will ensure a great first impression and starting off your video production project on the right foot.

As you can see there are various options for many of the best video production companies in New Jersey.

New Jersey can be a melting pot of creativity, finding the right fit may be hard, but that’s why we created this list to help!

If you still need help finding the right fit, feel free to contact us. Alternatively, learn more about what Lasso has to offer.

We tell stories. Let's tell yours.